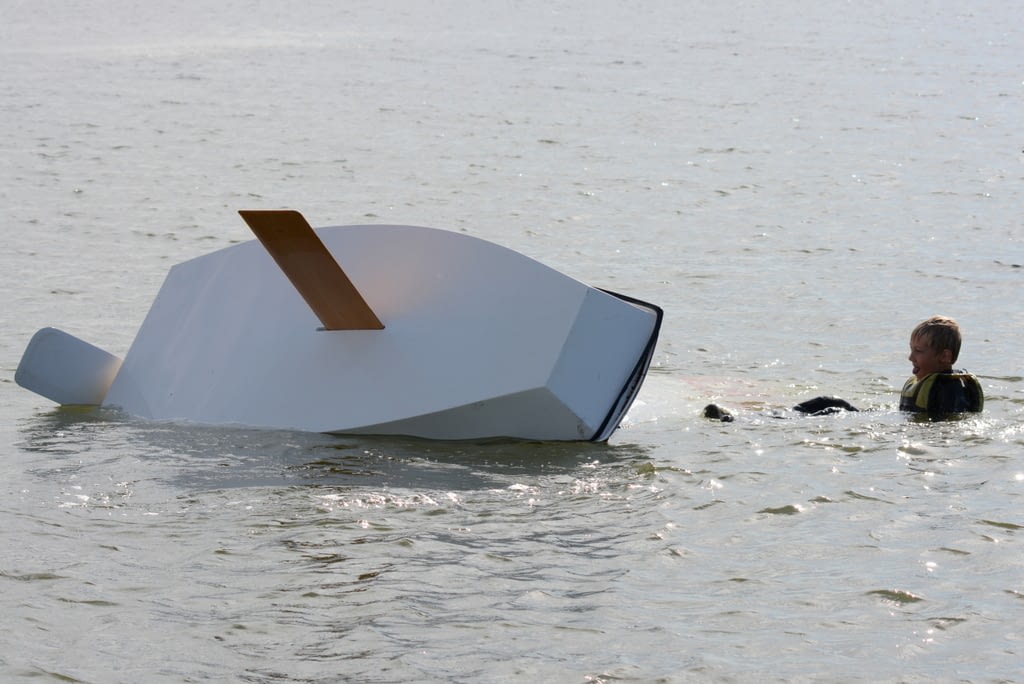 When I set foot on a sailboat for the first time, it was a calm, sunny day. The sea was perfectly flat, and a light, warm breeze made the boat move ever so slowly under sail. I swallowed the bait and was hooked on sailing from the very first minute.

On my second outing it all started in the same manner. We were slowly drifting out of the marina towards the more open sea and I was sitting comfortably in the cockpit, applying sun screen on my face – when suddenly, out of nowhere, the boat heeled all the way over and dipped its toerail in the water! I flew across the cockpit to the opposite seat and witnessed a big wave surging over the coaming. It was all over before I could finish my thought about going to the bottom of the sea and dying in a horrible manner – the boat abruptly turned its bow into the wind, stood back upright, the skipper did some maneuvers too quick for my eyes to see, and everything was under control again.

Later on I learned there was a name to what had happened: broaching. We had been in the lee of an island, and coming out of it we were hit by a sudden gust of wind. With the sails sheeted tight the wind made the boat heel and the rudder lose its grip, after which the boat did exactly what it was supposed to do in that situation: it turned towards the wind, taking power off the sails, and everything was just splendid again! Except for me – I was seriously freaked out, but as my heartbeat finally slowed down a bit, I also felt a tremendous disappointment. Sailing was supposed to be about fun, sunshine, blue waves and gliding along the water, not about mishaps and accidents, and who knows even dreadful things like capsizing and sinking!

No one else seemed the least bit worried, but I spent the rest of that day dreading for something similar to happen every time the wind or a bigger wave made the boat tilt just a little. It wasn’t until much later, that someone told me it’s virtually impossible to capsize a normal keel boat. And even if a boat is knocked over it will right itself – unless it loses its keel. It takes quite a lot more than your usual wind and waves to make the keel come off. Greater forces must be at play – such as rocks, whales, floating containers and so forth. Now that’s a comforting thought, right?

This incident from my early sailing days came to my mind as I was watching young sailors practicing in the Haapsalu Marina. They were sailing Optimists and other small dinghies. But unlike us safety oriented middle aged sailors, these kids seemed to find the accidents and mishaps to be the best part of their hobby. Not a minute went by without one of them just casually falling overboard and the others heading for the rescue. They would make their boats tip upside down and perform all sorts of acrobatics to turn them back up again, all with a broad smile on their faces! Now this is the right way to start sailing – headlong into the horrors and difficulties, laughing at them and having fun, and all the while learning how to act in all kinds of different situations. Afraid of capsizing? No – that’s the best part of it all!

But as much fun as I had observing the kids, I quite like being safety oriented. I very much enjoy the fact that our boat doesn’t heel too badly, and that she behaves in a very predictable, stable manner. She was built for offshore – despite her midget size – and can take just about any weather that the Baltic Sea will throw at her. And although there is a shocking amount of rocks in this little puddle of a sea, at least there are no whales. Or hurricanes. Or tsunamis. Or floating containers.

Well, I suppose you could encounter one of those, even here… Maybe I should take some capsizing lessons after all!