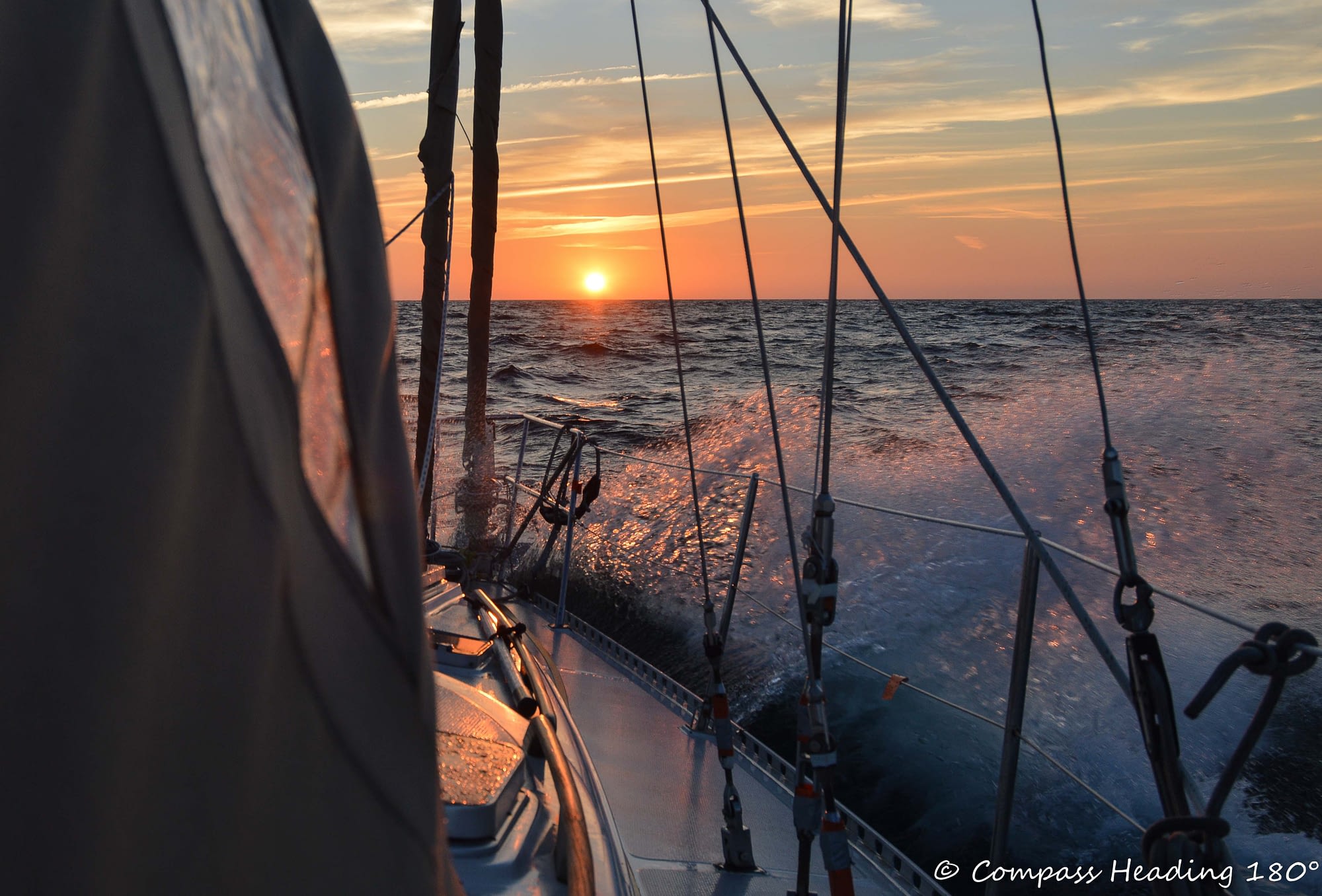 Our boatyard visit in Gdansk was supposed to be a quick two week pit stop on our way far, far south from the Baltic Sea. We ended up staying for five weeks – partly because we kept having new ideas the whole time while observing the work in progress. The end result, a stern arch that accommodates a sizable array of solar panels and quite a lot of other equipment, is a piece of excellent workmanship, so the visit was definitely worth it. Now we should be able to produce all our electricity, without the need of sailing to marinas to plug in. 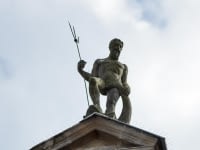 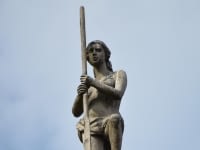 Click the thumbnails to see bigger pictures and captions

But we were anxious to leave! So anxious in fact, that we just upped and left – and forgot to clear up and tie down things down below. We had been in the safety of a quiet river and had forgotten all about the big waves in the southern Baltic! What a mess they made inside the boat! But first we made just a short trip to downtown Gdansk, where we planned to do some provisioning the next day. Before the Gdansk Marina there is an opening bridge. We would have had to wait for an hour for the next opening. It proved an impossible mission, particularly as there was a very cosy looking Italian restaurant right in front of the waiting area. We ended up having pizza instead of waiting for the bridge, and made the quayside our own little marina.

We started the next leg of our journey from Gdansk on Wednesday evening, July 11th. It was a downwind sail in a pretty good easterly wind, but the waves were still on the beam because the wind had been blowing from the north for a good while. Poling out the genoa would have helped the awkward situation, but our spinnaker pole lines were in such a bad shape it was out of the question. Our whole running rigging was in such a bad shape, we didn’t want to put unnecessary strain on it. New lines and halyards would be waiting for us in Germany, we just had to get there.

After the first night, as we were sailing west along Poland’s coast, our autopilot died. It had felt rock solid, so it was a real surprise. We were still over a 100 nautical miles from Bornholm, where we had planned to take a little break. After hand steering the whole way we really needed that break! Keeping a steady course is hard enough in daylight, but on a cloudy, moonless night it’s next to impossible. Especially after the wind died and we had to motor, there was no way to tell where the boat was headed, other than staring at the compass.

After a 40 hour sail in gloomy, grey weather with several rainy patches we suddenly saw the island of Bornholm smile at us in bright sunlight. It was a hot day! We made our way into the marina at Rønne, the island’s biggest town. The next day we took a bus to Allinge, a small town on the northwestern corner of the island. Bornholm must be the sweetest place in Denmark, and consequently the whole world, since Denmark must be the world’s sweetest country! We topped up our tanks for beauty, peace and harmony in just a couple of days, but felt like we could have stayed for months – or a lifetime, for that matter.

Allinge’s small harbour was absolutely packed with boats. There was a summer festival at the main square next to the harbour, with live music and a wonderful atmosphere. We had a delicious lunch at one of the several smokeries – “røgeri” – and lazed around admiring the rocky northern coast of the island.

It was time to move on again. Leaving on Sunday, July 15th, we had a good day of sailing before getting caught in a dead calm. The calm lasted all the way to Kiel, but at least the sea was flat which made hand steering easier. And there were plenty of wind farms and shipping lanes to keep the helmsman from falling asleep.

Then we lost all of our navigation instruments: the wind, speed, depth. They had been taking occasional naps before, but now they were as dead as the autopilot. We’ve had such a wide variety of problems with our boat’s systems and equipment, and now yet another one! But what is there to do, but to shrug, smile, and resign to your fate. At least we would soon be in Kiel, where we might be able to find professional help in fixing our systems. And there would be a package full of ropes and batteries there waiting for us – and a brand new dinghy!