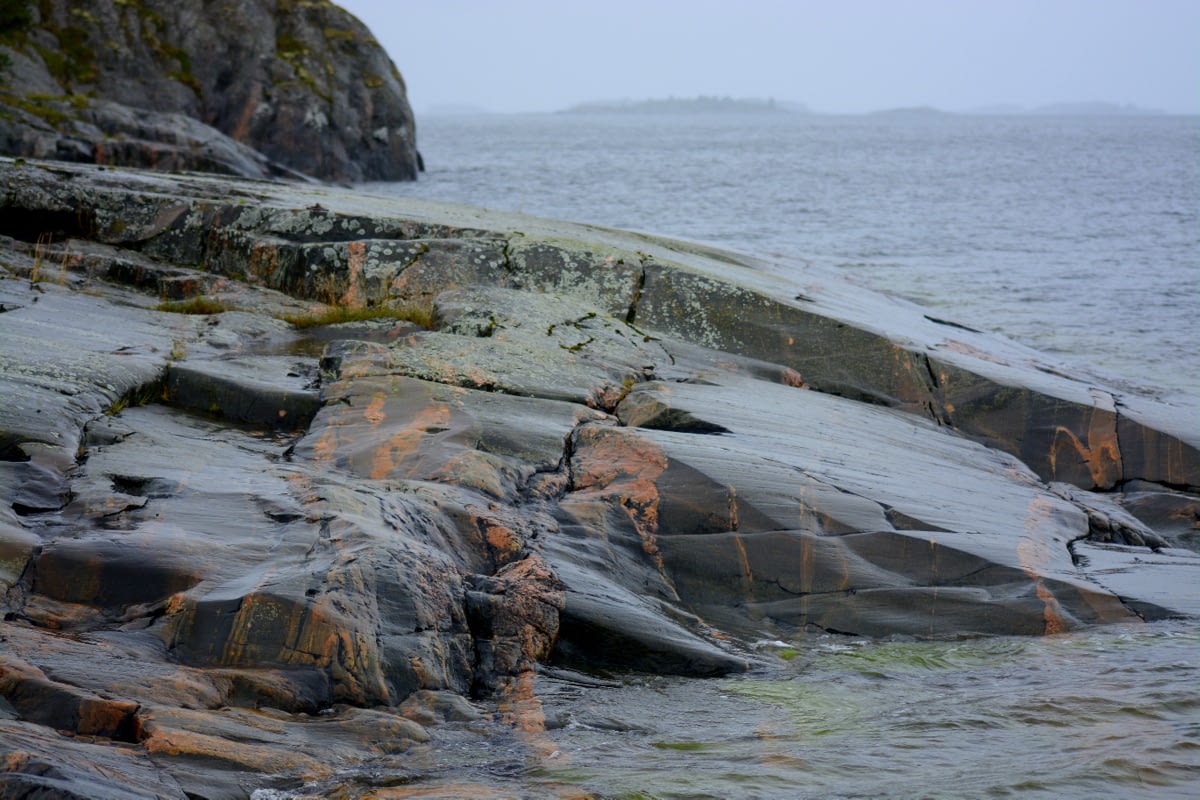 It’s exciting to arrive at a new place in the middle of the night, not knowing what you will see as you wake up the next morning. We had arrived on an island called Jussarö, in the archipelago of southern Finland, about 50 NM west of Helsinki. It was raining, and the whole landscape around us was like a grey watercolour painting. On our morning walk, we found a café, a sauna, a small passenger ferry tied up to its pier, all locked up and abandoned for the winter to come. We were still on our summer holiday, but it sure didn’t feel like it anymore! But we seemed to have this large island all to ourselves, so we might as well make the most of it!

Jussarö turned out to be an interesting place. Despite the rain, or maybe because of it, the rocky shores of red granite and the thick, old forests in the heart of the island looked beautiful. We found the remains of an old village, where fishermen and pilots had lived from the mid-18th century until the 1930s. There had also been a big lighthouse from the late 19th century. Only the bottom part of it now remained and served as a base for a coastguard tower, but the coastguards were also gone now. The island was turned into a nature sanctuary in 2011 and opened to the public for the first time. Apparently, it’s very busy here during the summer months, but this late in the season we were sharing the entire island with a flock of sheep, grazing on a meadow by the sea.

In addition to this rural idyll, the island has another, very contrasting history. The bedrock here contains a lot of iron ore. The first iron mine was established almost 200 years ago during the rule of the Russian Empire, and it used prisoners for workforce. The conditions on the island were so harsh that many of them asked to be transferred to labour camps in Siberia. The mine was closed in 1861 but opened again a hundred years later, and this time in a massive way. Large plants for crushing and enrichment of ore were built, as well as long, deep tunnels below the seabed. The ore was transported on rails from under the sea, and on to the island’s harbour along pipelines that still run through the forest. The face of the island was permanently transformed, with large landfills of waste rubble, and reddish black shores called the Iron Beach. The mine operated only for a few years, closing down in 1967. Imported ore from Brazil turned out to be a lot cheaper, but the mining history will always be visible on the island of Jussarö.