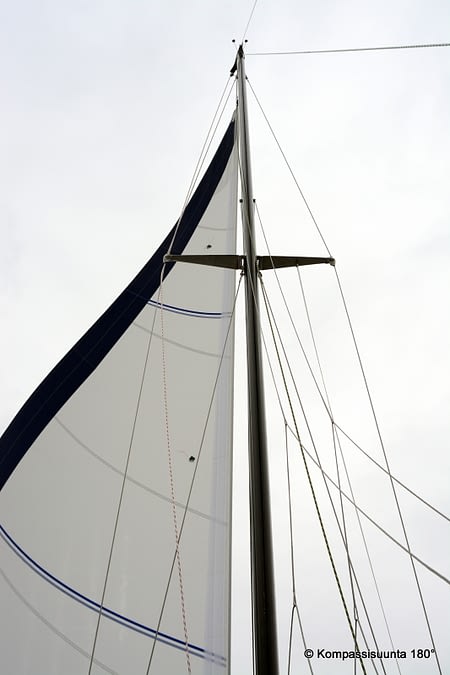 Our summer holiday started this afternoon. We had planned to hop on our boat and sail away the minute our last working day was over, particularly as the wind forecast was showing pretty nice figures earlier this week. According to a couple of different sources there was going to be a brisk easterly wind of 15 to 20 knots. That would have pushed us nicely dead downdwind for a few days, and we could have made it pretty far west towards the Archipelago Sea on the south west corner of Finland, perhaps even as far as the Åland islands. Easterlies are quite rare in the summer in the Gulf of Finland, where the prevailing winds are southwesterlies, so it’s always good to take advantage of them if heading west.

But a day or two ago the forecasts began to change, and instead of just brisk the wind seemed to be turning into a near gale force of 30 knots, gusting in 40. Now our boat would probably survive that – even thrive in it as described in a 1973 issue of the Finnish Boat Magazine that test sailed the brand new racing machine, as they called it – but we’ve only been out a couple of weekends this season, and in fairly benign weather. I think it’s going to take a few more days to get our sea legs in order before we’ll start to enjoy bouncing up and down big waves in great winds again.

Maybe I should just speak for myself, though, as my husband seems to have fins instead of legs – that’s how well adapted he is on being on the water. That’s quite amazing for someone born and raised hundreds of kilometres from the nearest sea. And he’s never been seasick, despite having been in some serious weather aboard the Search and Rescue vessel he used to crew on. I’ve never been seasick either, but I haven’t really sailed in any heavy weather.

Another thing that worries me about starting a journey in heavy winds is whether our mast will stay up. This spring was the first time we rigged the boat ourselves – the previous owner rigged her for us last year, as it’s customary to store a boat for winter with the mast down in this part of the world – and I feel we must have done something wrong. I know it’s just a feeling, because I’m a worrying kind of a person, and I will get over it after a while.

But there are so many worries! And the more you get acquainted with the boat’s systems, the more you become aware of all the different ways they can break! Last summer we just happily jumped onboard at the boat’s previous home marina, raised the sails and were on our way home. I didn’t waste a single thought on whether the engine would start or not. I never imagined that a halyard or a sheet could snap, or that a cleat could break, or that a sail could rip – talk about blissful ignorance! But this year – after we’ve replaced all the running rigging, gotten a brand new headsail, and had our engine tuned by a professional mechanic – all I can think about is when and how all these things will break and let us down at a critical moment. And yet, they didn’t let us down last year when everything was much more worn out than it is now!

So we’re not leaving today. It’s not very likely we’ll be leaving tomorrow either, since the storm is going to blow for a couple of days. But it will happen soon, and this time we’re going west. Halfway through our holiday we’ll have to turn around and sail back east, where ever we then might be – that’s our plan, and we’ll figure out the rest as we go along. Oh, the day when we don’t have to turn back unless we want to!

In the first photo above you can see our new headsail, and here are all the old ones that are now unemployed. That’s a lot of sails – and indeed a lot of free storage space that we now can fill up with other important stuff, like food!

(The spinnaker, in the red and white bag, is not actually unemployed, but we’re too afraid of the idea of using it I think we’ll probably leave it at home – but that’s yet to be decided) 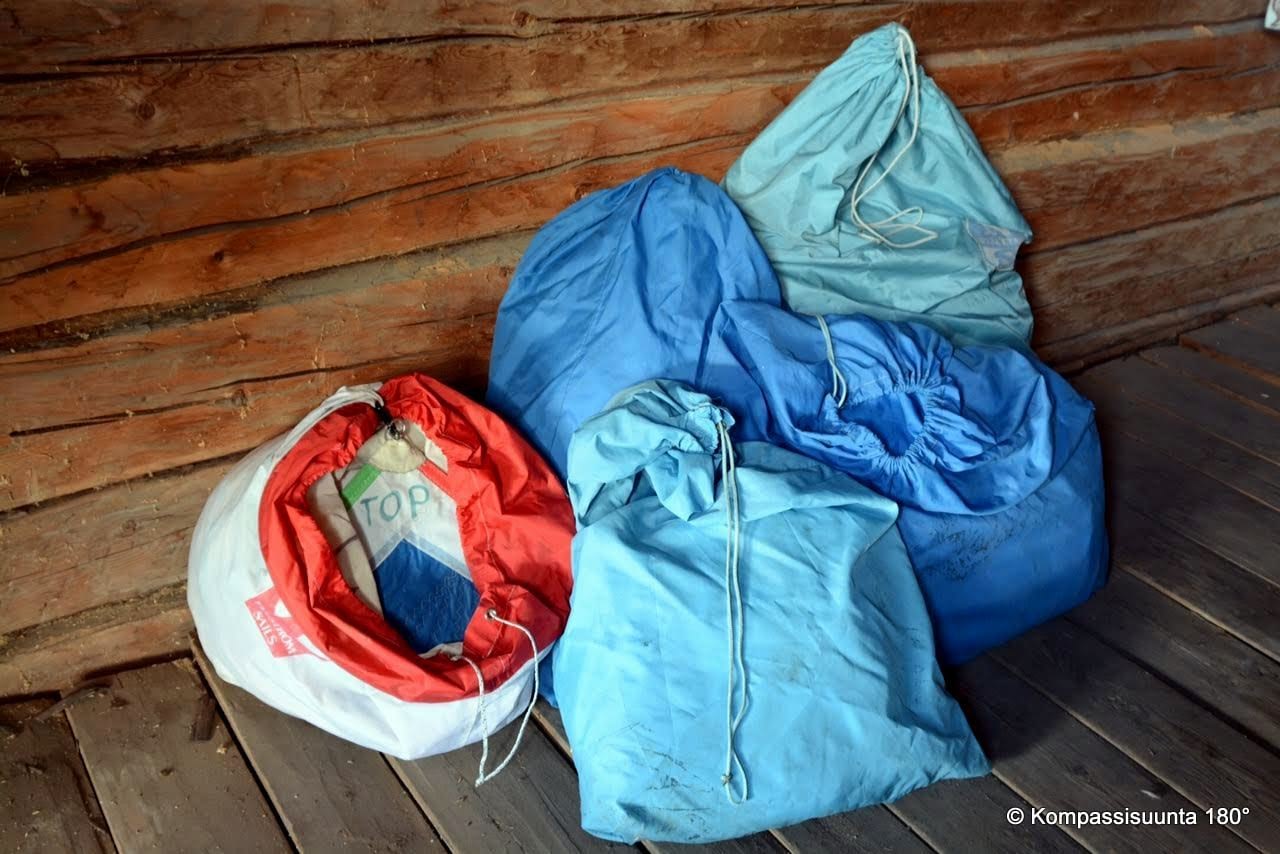 2 thoughts on “Delayed by Storm”