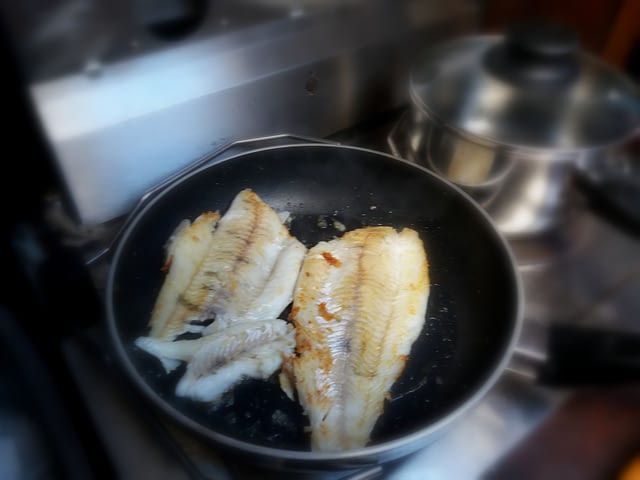 “Sailing was so simple and easy before the woman came aboard.”

Before that, a simple, fast boat was all that it took to keep a bunch of guys happily sailing along. Mod cons? Well, maybe one battery to keep the beers cool in the box, but unless you’re sailing in the tropics, the bilge will do just fine.

A galley? Not many simple, fast boats have anything you can call a galley. If it’s a cruising boat, it might have one of those – a handy place to cook your instant noodles and eat from the pot. Who wants to do dishes anyway?

A toilet? The shrouds support the mast, but they’re also good for holding on to while taking care of the business number one. And for the number two, well, you can always find a bucket on a sailboat.

A shower? Oh boy, this list is really getting absurd! How will you ever become a salty sailor if you keep showering all the time?

Simple days are over – she’s going to need all sorts of creature comforts. Or is she?

I guess I was thinking like one of those guys when I bought the sailboat. Frankly, my whole idea was to get a small, inexpensive boat to practice sailing with. Just sailing – you know, upwind, downwind, reaching, running, tacking, gybing – the rest didn’t seem so important. We would buy a real boat to take us to real adventures one day, but this was not the real boat yet.

For my original purpose the boat seemed almost luxurious. It had a galley – well, a cooker and a sink, anyway. It had a head – a porta-potti – and four comfortable bunks to sleep in. It had an inboard engine. There were two batteries, solar panels and even an autopilot – what else could you possibly wish for? 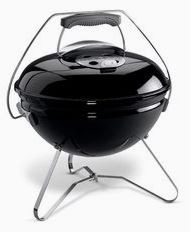 Stepping onboard for the first time my husband was holding a fishing rod in one hand and a barbeque in the other. It’s hard to say if it was him or Weber that got there first, but it was very clear from the start that we would not be living on instant noodles on this boat. Refrigeration was sure to follow, naturally. How else would you keep all those juicy steaks and fish fillets fresh on a trip?

My husband has always been the chef in our family, and he was determined to stay a chef while onboard. Which, when you think about it, makes a lot of sense, since fresh provisions will preserve a high morale among the crew. You can live in close quarters and with simple means but the grub will be haute cuisine, if you ask him.

Suddenly we had this fairly well equipped cruising boat in our hands. After a few weekend cruises we realised she was not just a small, simple boat – she was tough and reliable, and we had great confidence in her ability to sail across an ocean – or the Gulf of Finland, at any rate!

So that’s what we did. During that trip we learned a lot more than we could ever have learned while tacking and gybing in our home waters. A lot of it had to do with the sailing itself – which I discussed in my last post –  but some had to do with the accommodations, and how they could be further improved before our next season of adventures and exploration. Yes, we had been bitten by the adventure bug, and although this was not the real adventure nor the real boat, small adventures are good practice while waiting for the big ones to happen. (And if, for some reason, they should not happen, at least you’ll have the small ones to look back on.)

The inevitable discovery of our holiday trip was the issue with the toilet also known as the head. A porta-potti will be ok for an evening sail, when you hardly need to use it, and it may be ok for a weekend trip, when you only use it a couple of times. You can fairly neatly get it out of the boat and empty and clean it at home without too much fuss.

But on our three week sailing trip the nasty thing filled up every second day, which meant we found ourselves in many awkward situations in many exotic locations. Firstly, it was very difficult to get the thing out of the boat once it was filled up to the “full” mark. Because of the keel stepped mast there’s not enough room to get the potty tank out of its closet and to the companionway in a horizontal position – I won’t go into any detail as to why this is desirable – so the only way to get it out is through the deck hatch right above the toilet. The problem with this is that the potty is exactly the size of the hatch. It fits through, but there’s no room for fingers on any side. So it can only be supported directly from the bottom by one crew member – usually me, as I fit slightly better into confined spaces – and caught from above by the other. And in the midst of this transaction there is often a very frail moment during which the potty hangs in mid air and even the slightest rocking of the boat might set it topsy-turvy. Not a nice thing to happen while you’re squatting right below.

Secondly, there was the disposal. For subtlety, we would wrap the tank in a large rubbish bag and carry it ashore. And then discreetly smuggle it past the waterfront restaurants hoping not to cause loss of appetite in any of the customers… and equally discreetly try to empty the contents at the marina’s convenience building, which was often easier said than done. If there’s no designated collection for it, use the gents, not the ladies, that’s all I have to say about that.

No more of this s*** job, said my husband. I couldn’t agree with him more. So, we now have a proper toilet system on our shopping list, along with a holding tank big enough to allow us a comfortable passage between pump out stations – a much more sophisticated way of dealing with the issue.

One more thing. I have heard the words “pressurized hot water” and “shower” mentioned in our conversations about the boat upgrades. They have not been spoken by the woman onboard. I intend to become a salty sailor, so this is as far as I’m willing to go:

2 thoughts on “Sailboat Projects – Luxuries Onboard”