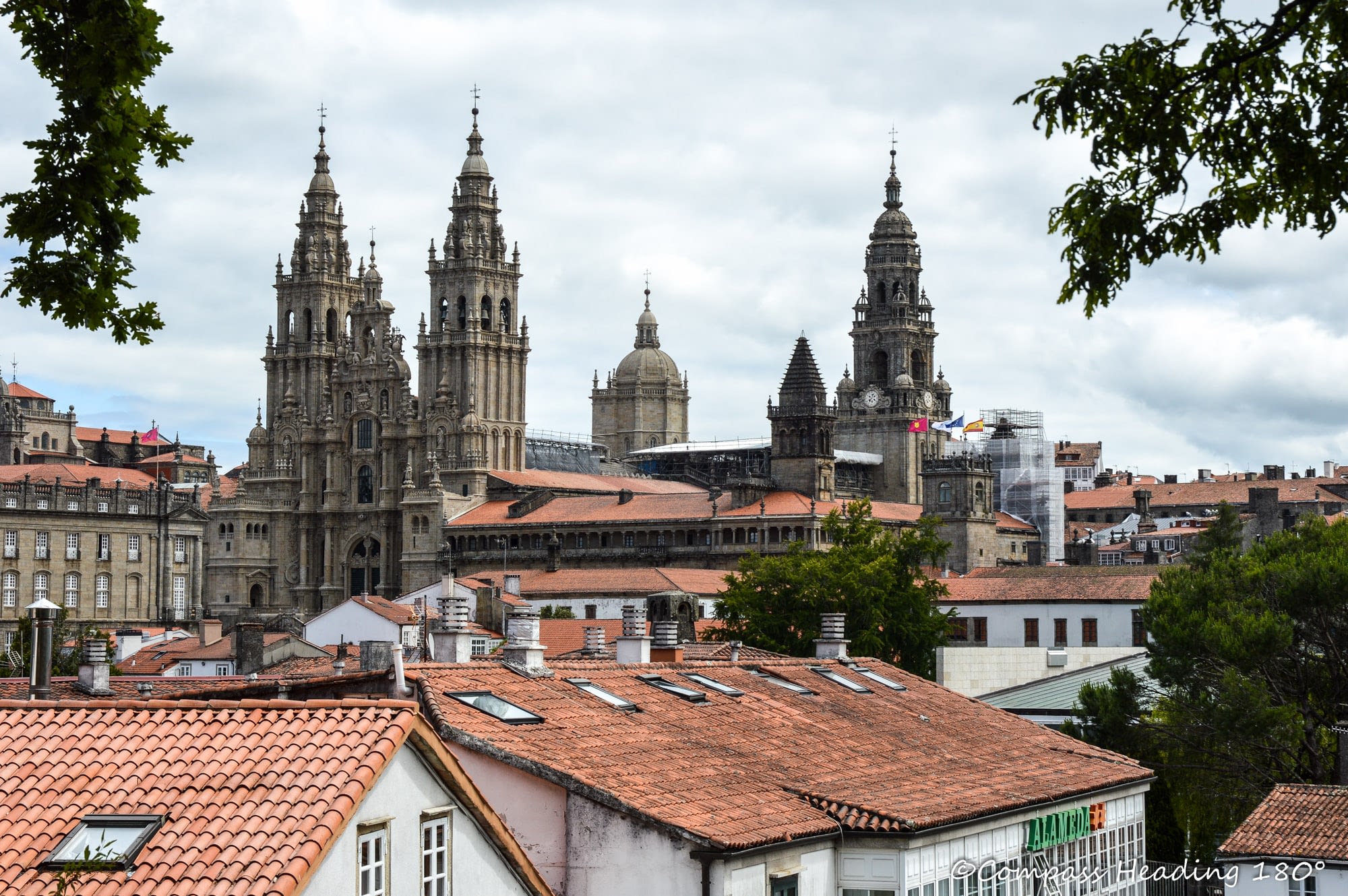 Santiago de Compostela with its cathedral in the north-western corner of Galicia is the major tourist attraction of the area, and of Spain. While in the vicinity, we naturally had to make a small pilgrimage there, even if it was only on wheels, as our Finnish visitor just happened to be in possession of a rental car. 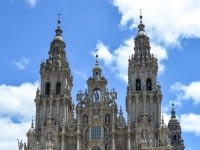 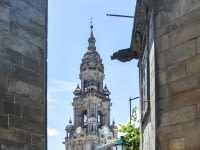 You’re probably familiar with the history of Santiago – this is the place, where the grave of the apostle Saint James, who died in 44 AD, was reportedly found in the 9th century. It was a popular place of pilgrimage through the middle ages, and still is. The first church was built in 899, but later destroyed by Muslims. The building of the present cathedral commenced in 1074. During the celebration of Saint James in late July, the priests of the cathedral swing the botafumerio, a big incense burner hung from the central cupola, above an awestruck congregation. This year, though, the cathedral is wrapped in tarps because of restoration works, and there will be no ceremony. Most of the church’s interior was closed for public, but you could still go and embrace the gold covered statue of James, and visit the sepulcher beneath the main altar.

We had seen pilgrims, the Camino walkers, in many places around Galicia, for example by the beautiful church of Nosa Señora da Barca in Muxia. They can easily be identified by their walking poles, or else the latest fashion in trekking outfits. After completing the pilgrimage, they can wear the symbol of Saint James, the scallop shell. This popular sign can be seen everywhere in the city, including in many restaurant signs.

The square in front of the cathedral, Praza do Obradoiro, was full of exhausted, but happy pilgrims.

The city itself, despite being full of tourists, is beautiful in its winding, meandering, medieval kind of way. The church towers that dominate the landscape, and must have been a bewildering sight to a medieval traveller, have not lost their magnificence.